Fully funded! Thank you so much to all those who believed in the project. The copy edit is almost complete and the cover art will be released soon for comments. Please register your support and give yourself the chance of winning the limited edition supporters pack, including posters, postcards and a t-shirt. Join our team and pledge your support at:

A German property developer, Hans Hoffmann, revels in the belief he has discovered the key to unleashing the weapon responsible for sinking Atlantis. Hoffmann requests the help of Cambridge archaeologist, Dr John Hunter to validate his mysterious find. Hunter’s acceptance leads the maverick academic on a journey from the headquarters of a clandestine organisation in England, to a lost city in the heart of the Brazilian Rainforest, and climaxes inside a chamber hidden deep beneath Egyptian Heliopolis. Pioneering theory is spliced by epic battles, daring escapes, and elaborate schemes aimed at unravelling a secret history hidden from humanity for the past twelve thousand years.

Atlantis is a very visual word. A word evoking mystery, forgotten realms, underwater palaces… the list goes on. I find this Plato inspired concept of Atlantis fascinating and read anything and everything I can lay my hands on. The theories are diverse and range from the feasible to the outlandish but certain concepts kept reoccurring. The Atlantis Deception takes the ideas of accepted and alternative theory, weaving them together to create a feasible universe where our past still dictates our future.

The novel follows the trials and tribulations of a fictional Cambridge academic, Dr John Hunter. The focus is not on Atlantis itself, but rather on what happened to its people it the wake of the loss of their homeland. The Atlantis Deception is a classic action adventure tale with heroes, villains, shadowy organisations and self-serving plots, each of them underpinned by progressive archaeological theory. The novel is written with the aim of both exciting and making readers think in equal measure. Although imagined, many of the conclusions the characters reach are cutting edge and described in such a way so as to blur the line between fact and fiction.

I am very excited to announce I am collaborating with Southampton based artist, John Howse (XWWX). An incredibly talented artist credited with creating some truly amazing imagery. Inspired by the themes of the novel, John has agreed to take on the task of creating the internal illustrations and a number of additional canvases to be used to fulfil certain pledge levels. Please do check these out, John’s work is highly collectable and these limited edition prints and originals will not be around for long. 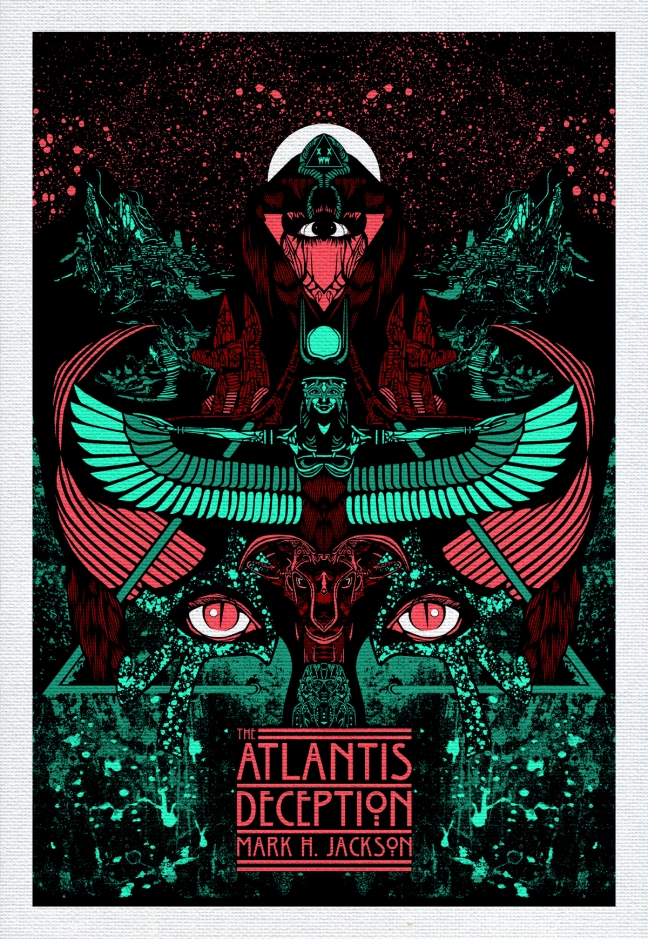